He Entered the Vast Realm Outside the Matrix: Terry Reid 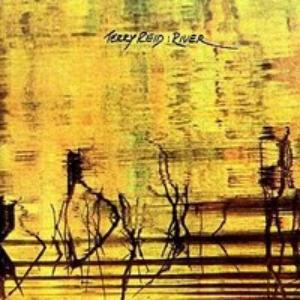 15 Feb He Entered the Vast Realm Outside the Matrix: Terry Reid

When he was offered the lead-vocalist slot for Led Zeppelin in 1968, Terry Reid had already decided to tour with Cream. So the Songwriter, vocalist, and guitarist suggested to Jimmy Page that he meet Robert Plant . . .  and the rest is . . . history? Not so fast.  Such is the working of fate and its counterpart, destiny.

Which was operative here?  Fate or destiny?  Or both?

Fate works similarly to the cause and effect principle, debt and payment—our obligations to balance the scale of give and take. The expression “what goes around comes around” well describes this tenacious, recurring event that occurs over the course of many lifetimes. There are consequences to all of our actions, many of which are a tough bone to chew.

In contrast to fate, destiny has the spontaneous sparks of freedom, awareness, and love that fuel another fire. Although we are fated to meet key people and accrue circumstances during the course of a specific lifetime, what each of us chooses to do with those meetings and circumstances will get the attention of . . .  Destiny.

Destiny has to do with those instances whenever an opportunity that is presented by the universe  coincides with my awareness that “this moment in my life is critical.” If I choose this path, a new universe will open up to me. If I choose this other road, a new world will unfurl itself before me.

Fate has to do with the probabilities that tend to manifest in the world of time.

Destiny has to do with forces outside of time that conspire to create auspicious encounters that have a synchronicity about them. These encounters can be with people, places, or things . . . and especially, a muse, that voice within us that compels us to listen and respond to it, to channel it into some creative form. The Muse doesn’t invite, it seduces—sometimes by force—and ravishes a soul for as long as it wants.

To most who bow to fame and external fortune, Terry Reid’s story—that continues to this day—will seem to be someone who missed the train of success. It is my perception that Reid may have missed some pretty magical trains, it was only because he chose to take others that promised a journey he couldn’t resist. The result is a life—his life . . . his fate and his destiny that is still unfolding as we speak.

The song I have chosen below by Terry Reid, (entitled “Dream”) I intuit is an instance of the Muse’s appearance to Terry Reid more than four decades ago. The criterion for whether or not a song is the result of a Muse (and not merely a contrived craft) cannot be verified by empirical means or by the traditional scientific method. But perhaps when you hear it, you will understand what I mean. There is a dreamworld that exists in the matrix—in the illusion of the world— and there is a world of dreams outside the matrix, in a realm that exists beyond the veil of the familiar one we know and do commerce in.

A 1968 tour of the United States with Cream did much to gain Reid a loyal following. His final performance of the tour at the Miami Pop Festival garnered positive reviews from the music press.

The song “Without Expression” by Reid and Graham Nash, from Bang Bang, You’re Terry Reid, was recorded by The Hollies in 1968 as “A Man With No Expression” and by Crosby, Stills, Nash and Young in 1969 as “Horses Through a Rainstorm”, with Nash singing lead on both. Both versions were not released until years later.

Yardbirds guitarist Jimmy Page became interested in Reid’s work, and when The Yardbirds disbanded, Page wanted Reid to fill the vocalist spot for his proposed new group, the New Yardbirds, which was to become Led Zeppelin. Reid had already committed to go on the road with Cream (as an opening act on the 1968 US Tour). So he suggested to Page that he consider a young Birmingham based singer, Robert Plant, instead, having previously seen Plant’s Band of Joy as a support act at one of his concerts. Reid later was offered a position as a member of Deep Purple when they decided to replace singer Rod Evans; Ian Gillan was given the position instead.

In 1969, Reid supported various British tours, notably Jethro Tull and Fleetwood Mac. Reid toured the United States again when he opened for The Rolling Stones on their 1969 American Tour. He did not appear at the infamous Rolling Stones concert at Altamont Music Festival.

The Raconteurs with Jack White recorded a version of Reid’s “Rich Kid Blues” for their second album Consolers of the Lonely in 2008.