William James: How do I get In touch with the “real me”? 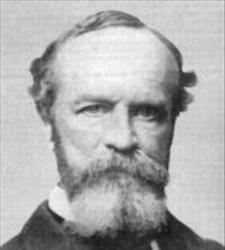 “Seek out that particular mental attribute which makes you feel most deeply and vitally alive. Along with that comes the inner voice which says, ‘This is the real me.’ When you have found that attitude, follow it.” — William James

“It is only by risking our persons from one hour to another that we live at all.” — William James

William James was also one of the first writers to use the term self-esteem, which he described as a self-feeling that depends on what one decides to be and to accomplish.