Under the Swinging Scythe of Time: Harry Nilsson 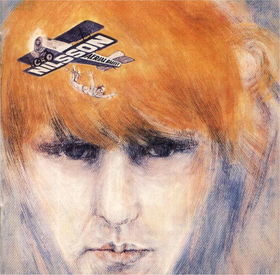 22 Oct Under the Swinging Scythe of Time: Harry Nilsson

Wikipedia: Harry Edward Nilsson III (1941–1994) was an American singer-songwriter who achieved the peak of his commercial success in the early 1970s. On all but his earliest recordings he is credited as Nilsson and is known for the hit singles “Without You”, “Everybody’s Talkin'” and “Coconut”, and for songs appearing in numerous movies and television shows.

He was awarded Grammys for two of his recordings; best male contemporary vocal in 1969 for “Everybody’s Talkin'”, the theme song to the Academy Award-winning movie Midnight Cowboy, and best male pop vocal in 1972 for “Without You”.

[In an interview] Nilsson told Goldmine that he would like to be remembered for his best lyrics, such as these which he quoted from Sandman’s “The Flying Saucer Song”:

“Late last night, in search of light, I watched a ball of fire streak across the midnight sky. I watched it glow, then grow, then shrink, then sink into the silhouette of morning. As I watched it die, I said, ‘Hey, I’ve got a lot in common with that light.’ That’s right. I’m alive with the fire of my life, which streaks across my span of time and is seen by those who lift their eyes in search of light to help them though the long, dark night.”

The flying saucer image combines themes which were central to Nilsson’s life and music: light, love and hope, bordered by darkness, loneliness and the scythe of time. From Nilsson’s heady superstar days, to his years of devoted fatherhood, he did everything with the fervent intensity of a man who lived every day as though it were his last. It was this man who, in January 1972, during the height of his fame, told Newsweek, “I do believe that most men live lives of quiet desperation. For despair, optimism is the only practical solution . . .”