That Songbird Has Flown Over the Rainbow:Eva Cassidy 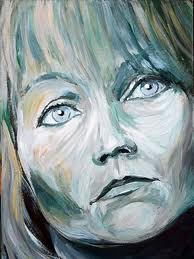 11 Jan That Songbird Has Flown Over the Rainbow:Eva Cassidy

The life of a songbird is brief. Perhaps that is why each one must sing, sing as they pass swiftly through this world of wind, whistle and woe, circling through the heavens, lighting on trees, nesting, then moving once again in constant migration just above the earth. Their rest is only in death and of this life’s brief journey they sing. We must hear it, decode it’s cadence to learn who we are, and our purpose in this world.

What is your song? Are you singing it? Do you live with the surging urgency of the songbirds who have come to teach you? If you have not found your song, go in search for it. You don’t have to write your own, but you do have to make it your own. Otherwise, you will not learn the lush secrets that hide within  heavy happiness and soaring sadness. Opposites will be reconciled and united when we awaken to the web of energy that is strung through all forms. This knowledge cannot be acquired but is revealed when our heart surrenders to higher love.

Eva did this. Her songs were heard by few during her life. But in her death, one, then two, then a multitude began to hear the lonesome cry of this songbird.

Below I have two options: One was her last performance before she died. She bravely sang a song she made her own. If you have more than a moment to feed your soul, then take 19 minutes out of your life and hear an ABC Nightline tribute to Eva Cassidy that will inspire you to . . . find your song now. And if you already have, then sing . . . sing . . .  sing until you reach the other side of the rainbow.

Eva Marie Cassidy (1963 – 1996) was an American vocalist known for her interpretations of jazz, blues, folk, gospel, country and pop classics. In 1992 she released her first album, The Other Side, a set of duets with go-go musician Chuck Brown, followed by a live solo album, Live at Blues Alley in 1996. Although she had been honored by the Washington Area Music Association, she was virtually unknown outside her native Washington, D.C., when she died of melanoma (skin cancer) in 1996.

Four years later, Cassidy’s music was brought to the attention of British audiences when her version of “Over the Rainbow” was played by Terry Wogan on BBC Radio 2. Following the overwhelming response, a camcorder recording of “Over the Rainbow”, taken at Blues Alley in Washington, was shown on BBC Two’s Top of the Pops 2. Shortly afterwards, the compilation album Songbird climbed to the top of the UK Albums Charts, almost three years after its initial release. The chart success in the United Kingdom and Ireland led to increased recognition worldwide; her posthumously released recordings, including three UK number 1s, have sold more than ten million copies. Her music has also charted top 10 positions in Australia, Germany, Sweden, Norway and Switzerland.