She wrote to Rilke,”You alone are real to me”: Lou Andreas-Salomé 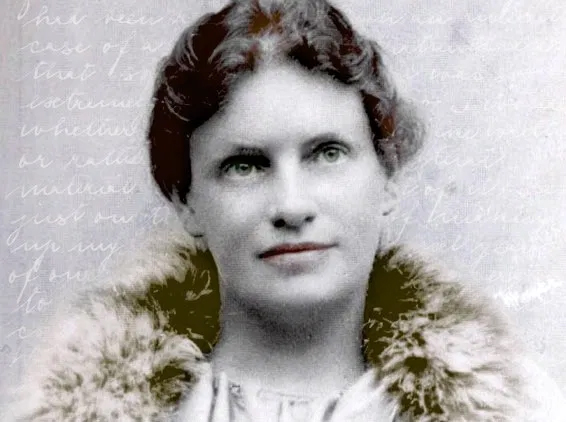 14 Apr She wrote to Rilke,”You alone are real to me”: Lou Andreas-Salomé

There are questions that emerge in my soulful conversations with others. What is a soulmate? Is there such a thing? How do I know whether I have met my beloved in human form? Will I in this lifetime? In the great beyond? In the next life?

It is doubtless that Lou Andreas-Salomé was a woman of significant capacity of soul. Although when Rilke was alive—outside of a few intimate encounters that made a lasting imprint on Rilke—Lou maintained a distance from the poet, choosing instead to maintain the economic security of a  conventional marriage. Conjugal fidelity was not among her virtues. She also played the muse for Nietzsche and Freud, who were both captivated by her beauty and remarkable intelligence However, the outpouring of Lou’s feelings to Rilke after his death are stunning to behold and indicate that she not only loved but “saw” and understood who Rilke was at the core of his being. She wrote:

“If for years I was your woman, it was because you were for me the first real truth—undeniable proof of life itself. Word for word , I could have repeated to you what you said to me as a confession of love: “You alone are real to me.” With these words we were wed, before we had even become friends . . . Two halves did not seek completion in each other. But a surprised whole recognized itself in an unfathomable totality . . .”

(excerpt from You Alone Are Real To Me. Remembering Rainer Maria Rilke by Lou Andreas-Salomé translated by Angela von der Lippe, written in 1927, a year after the poet’s death.)

Here is a poem by Rilke inspired by his muse & lifelong lover, Lou:

How shall I hold on to my soul, so that
it does not touch yours? How shall I lift
it gently up/ over you/ on to other things?
I would so very much like to tuck it away
among long lost objects in the dark/
in some quiet unknown place, somewhere
which remains motionless when your depths resound.
And yet everything which touches us,/ you and me,/
takes us together like a single bow,
drawing out from two strings/ but one voice.
On which instrument are we strung?
And which violinist holds us in their hand?

Lou was a prolific writer, and wrote several little-known novels, plays, and essays. She authored a “Hymn to Life” that so deeply impressed Nietzsche that he was moved to set it to music . . . Her relationship with Rilke was particularly close. She was fifteen years his senior. They met when he was 21, were lovers for several years and correspondents until Rilke’s death . . . She taught him Russian, in order to read Tolstoy (whom he would later meet) and Pushkin. She also introduced him to patrons and other people in the arts, remaining his advisor, confidante and muse throughout his adult life.

Path of the Soul, The Soul, Writer