Is it Everyone’s Destiny to Become a Society of Two? 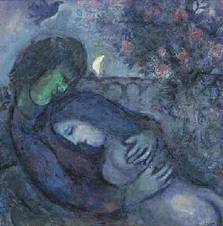 05 Aug Is it Everyone’s Destiny to Become a Society of Two?

Is it Everyone’s Destiny to Become a Society of Two ?

When love reaches a particular summit of its strength and courage it can become a formidable unit of force. It takes countless lifetimes for a society of two to mature and ripen. A human being evidently does not become a primary unit of force until it first gains a strong sense of self. Individuality is a goal to be sought, not a beginning to be discarded prematurely for the sake of a group. Countless entrances and exits of the soul must take place before it can become a genuine individual.

Sometimes it will be a soul’s destiny to merge with another individual of like or similar consciousness. If this should happen, what was once a stream of love could become a mighty river—that is, after the two pass many trials. A potential society of two can be sabotaged from achieving its full expression because one or both lacks the courage to enter upon such a path. The path of higher love—if entered upon— will often destroy a prior form of life to make way for a richer and fuller one.

Not everyone receives this particular kind of love each lifetime. If you’re a person who is experiencing loneliness without a partner or lack of fulfillment in a relationship of emptiness, this is not an indicator that you should stoically accept your solitude—or if miserably coupled with another— prematurely exit. Deep longing and patient endurance are sometimes necessary ingredients that will eventually bring a society of two together at some point in this or in some future lifetime.

Many loves “made in heaven” have found it impossible to withstand the storms and winds conjured by the dark forces of the earth or the stale and turbid oxygen of convention. Most humans who couple are fated to live a karmic marriage: the working out of debts incurred in their near and/or distant pasts. The lower the vibration of love is, the more partnerships base themselves on compromises, obligations and negotiations. The higher the vibration, the less the dynamic of love is governed by those laws bound by time.

Although genuine soulmate love is not dependent on established forms of marriage, it is rare for a couple to successfully pass the difficult tests that will be given them throughout their lifetimes together. If destiny should have it that this couple meet before their previous karmic commitments have run their full course the forecast of their future will not be easy. Yet some will nonetheless manage to withstand these and other formidable challenges.

There are numerous examples of non-conventional love, yet most of these have not received the broader public attention they deserve. Lou Andreas-Salome and Rilke, Marc and Bella Chagall, Kahlil Gibran and May Ziadah, D.H. Lawrence and Frieda, Ralph Waldo Emerson and his first wife, Ellen Tucker are but a few who together walked the steep path. One of the most notable is the illicit love between Pablo Neruda and Matilde Urrutia.

Although Pablo Neruda is known primarily for his political poetry, his love poems to Matilde Urrutia reveal a dimension of Neruda’s soul that expressed his ability to counter-balance his experiences of strife-on-earth with those of bliss-on-earth. It appears from all accounts that the one refuge of peace for both Pablo and Matilde was their unified heart that remained oblivious of the violence and duality around it. Perhaps its muscle and sinews were even strengthened by the tribulations the two lovers endured.

Pablo believed that his and Matilde’s love transcended the tribal laws delineated by the world. However there is good reason why the foundation of a higher love is laid amidst the crucible of the city and town. The architecture of a house must be stable and strong enough to endure the harsh weather surely to come.

Many who haven’t experienced an enduring love of passion beyond a temporary infatuation might ask: What about me? Why should I be inspired and not envious or even full of ridicule for this elite couple, this so-called society of two?

If you have found your life absent of an intense, passionate and enduring love, and yet you secretly long for one, there are internal pre-conditions that I have observed in mates of soul who have become a tried and true society of two:

1) Radical openness of mind, heart, and spirit
2) Desire to live outside the boxes of convention
3) Lack of need to meet the expectations of society
4) Cultivation of a rich inner life and an individuality not based on egocentric desires.
5) Awareness of the universal laws and knowledge of how these work in the world of  illusion. These higher laws can overcome the tedious law of karma or fate. Some important ones are: the law of attraction, the law of appreciation, the law of affirmation, and the law of love.

It is important to keep in mind that the key to a life of enduring happiness and peace is to know that where we are—in the world— is right where we need to be. Each and every one of the circumstances in which we find ourselves has been designed specifically for us with love and care, often beyond our ability to easily comprehend their deepest meaning.

Sonnet #80, “And Now You’re Mine,” from the film, Il Postino (The Postman, 1994 produced by Michael Radford) based on the life and secret love of Pablo Neruda and Matilde Urrutia