How To Achieve Your Dreams: Randy Pausch 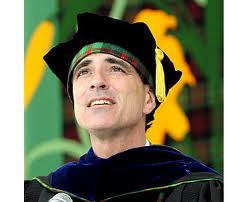 30 Nov How To Achieve Your Dreams: Randy Pausch

What experiences would you gulp down before the light began to fade in your eyes? If you only had six more months to live in perfect health, would you do anything differently than what you are doing now? Would you be different? Love others differently? Yourself? Would you rush around to see as much as you could around the world?  Would you forgive and say long goodbyes? Love in ways that you never gave a chance because you were too defensive or exhausted to care?

When I push against a client’s dreams and they push back hard, I know they’re not just bluffing. Although it is seldom if ever wise to push the river, we have to learn how to fight for somethings sometimes in order to keep our dreams alive. Still, fighting for things rather than against things brings the most positive results.

Wikipedia:Pausch delivered his “Last Lecture”, titled Really Achieving Your Childhood Dreams, at Carnegie Mellon University (CMU) on September 18, 2007. He gave an abridged version of his speech on the Oprah show in October 2007. The talk was modeled after an ongoing series of lectures where top academics are asked to think deeply about what matters to them, and then give a hypothetical “final talk”, with a topic such as “what wisdom would you try to impart to the world if you knew it was your last chance?” Before speaking, Pausch received a long standing ovation from a large crowd of over 400 colleagues and students. When he motioned them to sit down, saying, “Make me earn it,” someone in the audience shouted back, “You did!”

Randolph Frederick “Randy” Pausch (October 23, 1960 – July 25, 2008) was an American professor of computer science and human-computer interraction and design at CMU in Pittsburgh, Pennsylvania.

Pausch learned that he had pancreatic cancer in September 2006, and in August 2007 he was given a terminal diagnosis: “3 to 6 months of good health left”. He gave an upbeat lecture titled “The Last Lecture: Really Achieving Your Childhood Dreams” on September 18, 2007, at Carnegie Mellon, which became a popular YouTube video and led to other media appearances. He then co-authored a book called The Last Lecture on the same theme, which became a New York Times best-seller.

Pausch died of complications from pancreatic cancer on July 25, 2008.

“Experience is what you get when you didn’t get what you wanted. And experience is often the most valuable thing you have to offer.”

“The key question to keep asking is, Are you spending your time on the right things? Because time is all you have. ”

“When you’re screwing up and nobody says anything to you anymore, that means they’ve given up on you.”

“Follow your passions, believe in karma, and you won’t have to chase your dreams, they will come to you.”

“Its important to have specific dreams. Dream Big. Dream without fear.”

“Too many people go through life complaining about their problems. I’ve always believed that if you took one tenth the energy you put into complaining and applied it to solving the problem, you’d be surprised by how well things can work out.”

“One thing that makes it possible to be an optimist is if you have a contingency plan for when all hell breaks loose.”

“I’ve never understood pity and self-pity as an emotion. We have a finite amount of time. Whether short or long, it doesn’t matter. Life is to be lived.”

“Never lose the child like wonder. It’s just too important. It’s what drives us. Help others.”

be positive, courage in face of death