He Painted Windows To Our Lost Inner Worlds: William Blake 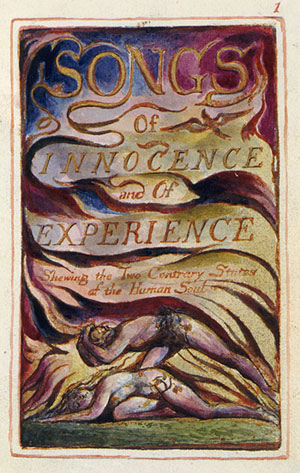 “Since childhood, [William]Blake had visions, which, unlike most people, stayed with him throughout life – if not grew in their intensity. He believed that this gift was innate within all, but that he[Blake] had merely retained it beyond childhood,” wrote the renown chemist, Philip Coppens about the visionary poet and painter.

The author Joseph Chilton Pearce also discovered in his years of research that children have not only a rich imagination that often runs counter to the accepted scripts of their culture, but often have experiences of “seeing” beyond the veil of physical reality. But as children grow up, they are forced to accept the black, white and grey surface world of adults. Sadly, most leave behind the richness of their soulful realms that were saturated in color, full of magic, music,and mystery. The few that manage to hold onto the faded photographs of their early experiences frequently become artists and even visionaries.

William Blake actually elevated the imagination faculty to the status of the “Body of God”, of “human existence itself.” The mind has its images . . . the embodied soul has its own as well. The images that the embodied soul sometimes “sees”are often realms that exist beyond what can be perceived by the five senses or through any rational means. William Blake once wrote, “If the doors of perception were cleansed, everything would appear to man, as it is, infinite.”

To be conscious that one is imagining is different that being unconscious that one is imagining. Unconscious imagination at its best is fantasy and at its worst, psychosis or the whimsical creation of thought forms. Conscious imagination —on the other hand— is the accurate description of illusion. Conscious imagination is seeing into illusion through the tainted—not pure— light of Infinite Mind. The coloration or filtering of the pure light of divine consciousness comes from imprints (thought forms and behavioral patterns called “sanskaras”) that the individual soul carries through its lifetimes until it unwinds and discards them.

Blake’s notion that imagination was the perception of the “Body of God” is another way of talking about the seeing into God’s creation, God’s maya or illusion. Through conscious (or refined) imagination one can “see” the workings of maya and its many illusory forms in the partial light of Infinite Mind.

There is a perennial teaching that claims there are  three realms of illusion: gross (or physical), subtle (or energetic), and causal (or original). Conscious (or refined) imagination can see into the realms of illusion but cannot see through them. That is why conscious imagination should not be mistaken with “pure knowledge.” Pure knowledge is the seeing through illusion by the untainted light of Infinite Mind. Pure knowledge is seeing with the eyes of God.

It is not unlikely that the great mythical images of the collective unconscious (such as the holy grail, the paradise- exile legends of the scriptures and the pantheon of gods and goddesses) are the documented images perceived by souls who hadn’t forgotten their ability to gaze behind our veiled world with the eyes of their soul.

It is unfortunate that in this so-called “adult” world of ours, experience is too often cheaply traded for naive belief. Rightness of action—derived from within— is substituted for rigid moral codes of religion. The science of the soul is bartered for an exclusive enterprise of tests and measures.  The warm and sure reason of the heart is all but abandoned by the cold and certain logic of the mind. Imagination, by most, is undervalued and misunderstood, even diminished to mere fantasy.

To say that William Blake was a great or even “seminal” figure of a period or age—which a host of critics and historians have attempted to do—would be to distort and narrow his spiritual genius to some past age of relevance. There have even been attempts by more esoteric and occult movements to claim him as a member. There has been no proof that he belonged to any group besides the human race. The most we can say if we’re not to fail the value of accuracy is that  William Blake—above all—was a Real Individual, not by means of a flamboyant ego, but by the magnificent work of art that divine forces made of him. His time embraced the distant past and distant future . . . so vast that it reached into the infinite present where time is but the veil behind which flows that which has been, is, and will always be . . . beyond time.

(Below I provide two brief videos of Blake, the mystic painter and illuminative printmaker. Don’t miss them.)

William Blake (1757 – 1827) was an English poet, painter, and printmaker. Largely unrecognised during his lifetime, Blake is now considered a seminal figure in the history of both the poetry and visual arts of the Romantic Age. His prophetic poetry has been said to form “what is in proportion to its merits the least read body of poetry in the English language”. His visual artistry has led one contemporary art critic to proclaim him “far and away the greatest artist Britain has ever produced”. Although he lived in London most of his life he produced a diverse and symbolically rich corpus, which embraced the imagination as “the body of God”, or “Human existence itself”.

Considered mad by contemporaries for his idiosyncratic views, Blake is held in high regard by later critics for his expressiveness and creativity, and for the philosophical and mystical undercurrents within his work. Reverent of the Bible but hostile to the Church of England – indeed, to all forms of organised religion – Blake was influenced by the ideals and ambitions of the French and American revolutions, as well as by such thinkers as Jakob Böhme and Emanuel Swedenborg. Despite these known influences, the singularity of Blake’s work makes him difficult to classify. The 19th century scholar William Rossetti characterised Blake as a “glorious luminary,”and as “a man not forestalled by predecessors, nor to be classed with contemporaries, nor to be replaced by known or readily surmisable successors”.