From the Desert of the Longing Soul: “Calling You” 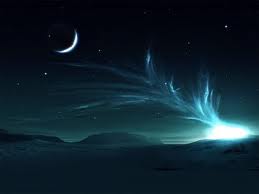 29 May From the Desert of the Longing Soul: “Calling You”

Sometimes the soul can do nothing but cry out from deep within its encasement, across the deserts of time, in longing and anguish or bliss and joy. Sometimes the soul is compelled to sing out its song on the brink of hope, on the edge of despair, on the mountain of strength or in the ocean of surrender.

Only love and life call us with a song that pulls us to them. Death does not have a voice. It is a deaf and dumb threshold, a doorway that separates this life from another life. Calling is an activity of love from one voice to another and from one life to another. The Beloved’s voice. A genuine friend’s voice. A child’s voice. A loved one who has passed from this land of shadows we call the world may call us from a more lighted world. Yet, even that realm is but a reflection of even higher worlds that emit greater light.

Despite volumes of speculation around the origins of a writer’s music, a painter’s canvas, or a sculptor’s stone, it remains—like all grand things—a mystery. Modern research tells us that the brain is not the origin of thought but transmits signals, much like a radio, television or computer. But from where does all of this creative “stuff” come from that attempts to express the unexpressible? Mystics and philosophers throughout the ages have conveyed to us that creativity emerges from Infinite Consciousness, Divine Mind—the Transcendent Source beyond all name and form.

There seems to be countless genres of art and song, each conveying their meanings to the listener in a variety of tongues and cultures, from urban rap to  Indian raga. Yet there are certain works of art that appear to transcend all cultures and are recognized as universal treasures and touch every  human being who comes into contact with them—every heart that beats and human brain that buzzes—because they convey an emotional depth far beneath the surface storms of difference, tumult and chaos.

“Calling You” is one of those. I have for you three renditions of this song—originally composed by Bob Telson— from three interpretative artists, each of whom were born into cultures of contrast. May you enjoy them and may you hear and heed their call of love and life.

Robert “Bob” Eria Telson (born, 1949) is an American composer, songwriter, and pianist, best known for his work in musical theater and film, for which he has received Tony, Pulitzer, and Academy Award nominations. He is currently living and working in Argentina.

As a composer,  Telson received an Academy Award nomination for his song “Calling You” from the movie Bagdad Café,as well as Pulitzer, Grammy and Tony Award nominations for his Broadway musicals “The Gospel at Colonus” and “Chronicle of a Death Foretold”, an adaptation of the Gabriel García Márquez novel.

According to The New York Times: “Mr. Telson has a remarkable talent for relating to musicians from diverse musical cultures and for writing stirring, dramatic music in non-Western European idioms.”  They also described his music as “a compendium of world music styles brilliantly reimagined, embellished and sometimes made to overlap by Mr. Telson, a classically trained American composer and multi-instrumentalist”. (Wikipedia)

“Calling You” (by Robert Telson)

A hot dry wind blows right thru me
The baby’s crying and can’t sleep
But we both know a change is coming
Coming close, sweet release

“Calling You,” recorded by Jevetta Steele for the film, Bagdad Café, 1987

“Calling You,” arranged by Hirokazu Sato, performed on guitar by Maga