Genius of the Heart: Charles Chaplin 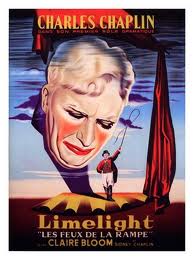 “What do you want meaning for? Life is desire, not meaning.”― Charles Chaplin, My Life in Pictures

“Like everyone else I am what I am: an individual, unique and different, with a lineal history of ancestral promptings and urgings; a history of dreams, desires, and of special experiences, all of which I am the sum total.” ― Charles Chaplin,My Autobiography

“I remain just one thing, and one thing only, and that is a clown. It places me on a far higher plane than any politician.” — Charles Chaplin

Charles Chaplin (1889-1977) is probably most known as the one who brought comic relief to a battle-scarred planet during World War I and laughed us through the Depression as well as through the horrors of Adolph Hitler. Some might recall his alleged alignment with the Communist Party during the McCarthy Era that disenchanted America. Chaplin was covered in controversy throughout his life because he chose to be an individual at every critical turn of it. He never took the easy way out. The Path of Love and Authenticity demands it.

I don’t know of any other artist who has directed, produced, starred in and written the scripts and musical scores of most of his films after the birth of sound in motion pictures. But most importantly,the manner in which Chaplin expressed the heights and depths of the heart’s joys and sorrows lifts his work and person into the realm of the perennial and timeless. Charles Chaplin succeeded in living in the cracks of time, popping his head out here and there and everywhere and managed to dodge everything from rotten tomatoes to legal torpedos with the grace of a Fred Astaire.