Bob Dylan: Be True to Yourself, Not to any Agenda 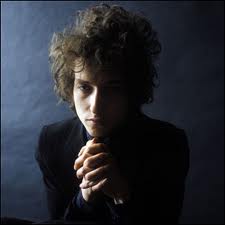 17 Sep Bob Dylan: Be True to Yourself, Not to any Agenda

Being true to oneself and being a member or leader of any recognized group can be a contradiction. But what does often happen if anyone expresses “powerful new realities” (to borrow a phrase from Bob Dylan), others can become attracted to that person; especially if it fulfills part or all of their own agenda.

Even though Robert Allen Zimmerman did abandon his given name, through his experience,imagination and knack for acute observation, Dylan drew to himself an entire movement that held an aesthetic as well as a political agenda. When he ventured out of the pure folk arena and plugged in, some thought he’d betrayed them and all of what folk music “stood for.”

Being authentic seems to work like this. It can draw more criticism than high praise and the group that thought you were representing their highest ideals can turn against you in a New York minute, regardless of how obscure or renown you are in the public arena. Yet going against the grain has become so fashionable these days that it might be hard to tell a bogus from a real minted coin. Any crazed or drugged-out fool can wrap a snake around their neck and walk through a city park. Maybe Robert can help us out here.

In his autobiography, Dylan reflects on his perceived role in the turbulent 1960’s, after he chose to take a temporary hiatus from the road:

“All I’d ever done was sing songs that were dead straight and expressed powerful new realities. I had very little in common with and knew even less about a generation that I was supposed to be the voice of . . . My destiny lay down the road with whatever life invited, had nothing to do with representing any kind of civilization. Being true to yourself, that was the thing. I was more a cowpuncher than a Pied Piper . . . I really was never  any more than what I was— a folk musician who gazed into the gray mist with tear-blinded eyes and made up songs that floated in a luminous haze.” (Chronicles: Volume 1, p. 115-116)