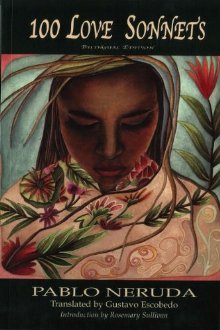 For many years I’ve been studying the significance of intimate love circles, inside as well as outside the conventional and socially accepted forms. I have found that when love reaches a particular summit of its strength and courage it can become a unit of force that is formidable. I’ve contemplated the mystery of the work and the struggle and the countless lifetimes it must take for such units of force to mature and ripen.

First of all, a human being evidently does not become a primary unit of force itself the first or thousandth time it takes form. Individuality is a goal to be sought, not a beginning to be discarded prematurely for the sake of a group. Countless entrances and exits of the embodied soul must take place before it can become a genuine individual. Sometimes it will be its destiny to effectively combine with another individual of like or similar intent and consciousness. If this should happen, what was once a stream (of love) could become a mighty river—that is, if they pass the many trials given to them by earth, air, fire, water, and especially, those handed to them by other humans.

It appears that the original form of this fusion of energies changes once the number of individuals who have taken hand together exceed the count of two. Disputes that were easily ended in a moment become harder to resolve. Factions arise. Larger political realities, such as warring nations and competing religions are born. What was once a union of sound, sight, sense and soul between two, gradually becomes a cacaphony. This happens when the binary unit of force concedes with the consensus of a group. There are reasons not readily comprehended beyond the obvious ones of why the body of a human being is gifted with two eyes, two ears, two nostrils, two arms, two legs, and two feet. How many loves “made in heaven” have found it impossible to withstand the storms and winds conjured by dark forces on the earth.

What about the family conceived as a unit of force? Is it fated as well? It is the task of any intimate love circle—that has now become three, now four, and so on— to nurture and model the ideal of harmony. Yet this can be achieved according to the level of their own accomplishment. The perennial, oedipal conflict seems to emerge rapidly as soon as the mother naturally bonds with the child and the father fails to establish his own unique bond with the beloved infant. The original wound of most every child who comes into the world seems to manifest in at least one of three ways:

1) through the father who has failed to establish a bond with his child due to his own immaturity;

2) through the mother’s own narcissistic wound that creates a closed circle, shutting out the father;

3) through the mother’s inability to bond due to her immaturity and/or an extended post-partem depression.

A child’s primal wounds of separation, abandonment and existential dread of displacement begin here, with their wounded father and mother.

There is one way that a family could create a powerful environment of love. What was once a harmonious fusion of two individualized units of force could become a working dynamo of two additional energy loops of affection: mother to child and father to child. As the family grows in number, more units of force could be nurtured and forged. But this would necessitate a father and mother who is mature and healed enough to withhold the repeating of the wounds given them by their parents.

So, what of soulmate love? What is its fate? It’s destiny? In my twenty-five years of sitting with couples I have found that most are karmic marriages of working out debts incurred between each other in their near and/or distant pasts. The lower the vibration of love, the more the partnerships base themselves on compromise, obligation, and negotiation. The higher the vibration, the less the dynamic of love is governed by karma bound by time. These are guided more by laws infused from realms beyond the matrix of time; such as, unconditional love.

Although genuine soulmate love is not dependent on conventional forms of marriage, it is rare for a couple  to successfully pass all the difficult tests that will be given them. If destiny has it that this couple meet before previous karmic commitments have run their full course, the forecast of their future is— more often than not— dismal.

Although Pablo Neruda is known primarily for his political poetry, his love poems to Matilde Urrutia reveal a dimension of Neruda’s soul that perhaps expressed his ability to counter-balance his hell-on-earth with heaven-on-earth. It appears from all accounts that the one refuge of peace for both Pablo and Matilde was their unified heart that remained oblivious of the violence and duality around it, even strengthened by it.

The poem below reveals an inspired Neruda who believed that their love would outlast time.What is particularly poignant is that the last verses imply that there’s good reason why the foundation of a higher love is laid amidst the crucible of the world and its woes. The worth of gold is discovered only after it has been tried in the fire.

The fire for light, a rancorous moon for bread,

the jasmine smearing around its bruised secrets:

then from a terrifying love, soft white hands

poured peace into my eyes and sun into my senses.

O love, how quickly you built a sweet

firmness where the wounds had been!

You fought off the talons and claws, and now

we stand as a single life before the world.

till time signals us with the day’s last flower:

Then there will be no you, no me, no light,

and yet beyond the earth, beyond its shadowy dark,

the splendor of our love will be alive

[The context of Pablo and Matilde’s relationship]

Neruda traveled extensively throughout Europe as well as taking trips to India, China, and the Soviet Union. His trip to Mexico in late 1949 was lengthened due to a serious bout of phlebitis. A Chilean singer named Matilde Urrutia was hired to care for him and they began an affair that would, years later, culminate in marriage. During his exile, Urrutia would travel from country to country shadowing him and they would arrange meetings whenever they could. Matilde Urrutia was the muse for “Los versos del Capitan”, which he published anonymously in 1952.

On September 11, 1973, soon after Pinochet’s overthrow of the elected socialist president of Chile, Salvador Allende, the sixty-nine-year-old Neruda—devastated by the coup—died a few days later of a heart attack. Grief-stricken, Urrutia took refuge in her memories, recounting the early days of her twenty-two-year romance with Neruda, culminating in a book, My Life With Pablo Neruda.

The video (see below)was taken during the recording of “Neruda” the CD album that Luciana Souza recorded in December 2003. Here she sings “Love Sonnet #49” accompanied by herself on kalimba.

It’s today: all of yesterday dropped away
among the fingers of the light and the sleeping eyes.
Tomorrow will come on its green footsteps;
no one can stop the river of the dawn.

No one can stop the river of your hands,
your eyes and their sleepiness, my dearest.
You are the trembling of time, which passes
between the vertical light and the darkening sky.

The sky folds its wings over you,
lifting you, carrying you to my arms
with its punctual, mysterious courtesy.
That is why I sing to the day and to the moon,
to the sea, to time, to all the planets,
to your daily voice, to your nocturnal skin.

It’s today: all of yesterday dropped away
among the fingers of the light and the sleeping eyes.
Tomorrow will come on its green footsteps;
no one can stop the river of the dawn.