Beyond Faith: The Great Adventure of the Soul 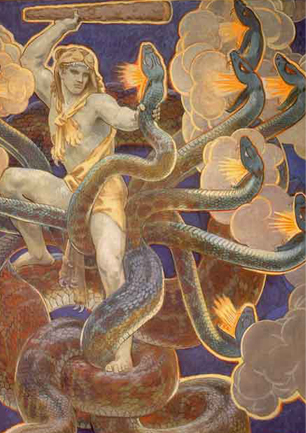 31 Oct Beyond Faith: The Great Adventure of the Soul

William Blake once wrote, “If the doors of perception were cleansed, everything would appear to man, as it is, infinite.” (From Heaven & Hell ).

The coloration or filtering of the pure light of divine consciousness comes from imprints (thought forms and behavioral patterns called “sanskaras”) that the individual soul carries through its lifetimes until it unwinds and discards them like  old skin.

We can think of it this way.  As infants, everyone of us are born with a micro-chip in our brain, recordings, deep imprints of our past experiences that are stored in our soul. We carry within us from each new beginning the memories of survival that include our successes, defeats, loves, deaths— and beyond this— transitions between our many lives and deaths on earth.

There is a perennial teaching that claims there are  three realms of illusion: gross (or physical), subtle (or energetic), and mental (or archetypal). Divine Knowing is cutting with the sword of  Truth through  illusion by the untainted light and love  of Infinite Mind and Infinite Heart.

Purified Knowing is seeing with the eyes of the Universal Soul. In Hindu  archetypal mythology, Vishnu— the Collective Soul of all souls— is aware that it rests upon the multi- headed snake that depicts illusion. The serpent lies still . . . that is, until the soul begins to awaken from its sleep.  Once the soul is roused, it begins its journey back home. This perilous path is the road taken by the mystics, east and west.

From my own studies I have found the four stages of the mystical way as described by the western mystics correspond to Meher Baba’s path of involution. (Meher Baba treats the theme of the soul’s long path to Realization extensively in God Speaks and Discourses)I discuss the parallels between the stages of the mystical path in western and eastern mysticism  in detail in my unpublished book, Across the Fiery Threshold (1999). Here is a brief summary.

1) purgative —preparation to enter the inner life whereby the senses are refined, including the purification of all desire as divine powers are given and restraint is learned. This corresponds to the 1-4th planes in Meher Baba’s model. [Note: there is a caveat that Meher Baba notes about the threshold of the 4th-5th plane whereby the soul returns to the stone state of evolution if it abuses its accrued power.]

2) illuminative —seeing completely by the transfused “light” of the divine, seeing all creation with the sight of God, and corresponds to the 5th plane.

3) unitive —the soul is united/married to God with the emphasis on divine love, including the last trials of fana or “unselfing.” Here there there is still Lover and Beloved and corresponds to the 6th plane.

4) **monitive —there is no longer Lover and Beloved, but only . . . Love, only God, identity of the soul with Oversoul, atma with paramatma. Meister Eckhart articulated this state when he wrote that “God became man so that man might become God,” and corresponds to the 7th plane of God Realization.[Note: Although Meister Eckhart appears to be describing the highest of states,  I have not seen in the language of mystical states as defined by the west any word used to describe this state that is beyond union.]

Now, all of this being said, those beginners— or advanced— who are exploring the path to knowledge beyond simplistic belief are generally said to be in the purgative states, on or at the entrance to the mystical way.

How does one begin to prepare for such a path? When might one intuit they have arrived at the threshold of the mystical way known by the sages of all climes and times? Here are a few indications. The human soul in the world is making inroads to the doorway of the path when it . . .

1. takes responsibility for its own “stuff.”

2. has ceased gossiping or passing on negativity of any sort to others.

3. has left behind the  “blame game,” the “victim” and all this script stands for.

4. has established an observer of its own ego dramas.

5. no longer identifies exclusively with a specific tribal book of law.

7. becomes more and more aloof to blame or praise.

8. aligns more and more with the Infinite Mind and Infinite Heart that guides the evolution and involution of all creation.