Below The Thrashing Blade of Time: Karla Bonoff 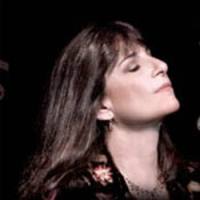 31 Oct Below The Thrashing Blade of Time: Karla Bonoff

Even now she is possessed of a voice that is lonesome and haunting of a place every soul has been in its moments of quiet tenderness and vulnerable sweetness. Yet, the singer-songwriter Bonoff has never achieved the notoriety of those she’s written songs for over so many years.

I was amazed at hearing a recent live recording of Bonoff’s in Tokyo (I have it for you below) that is flawless and unravaged by time—that scythe that cuts and chisels and slices most of us slowly to bits.

It’s easy to blow someone like Laura Bonoff off —especially if we tend to wince at some of the heart’s young trials and woes that we’d like to think we’ve left behind or grown beyond. “She’s so 80’s,” our music critic within might tell us.

But still . . . there’s something, something in her voice that tells you otherwise if your soul really listens, doesn’t it? It is something sweet but something old, very old. It only hits you a minute or so into one of her songs. And the thin knife of a past love or life has passed right through your chest, leaving a trace of indescribable sadness. Not nostalgia or sentiment. It is something that late at night will beckon the achieved and accomplished ego to bow once again to the sounds of its soul. Why? Perhaps because it is the soul that cares only for love. It is compelled  to embrace every last one of its own experiences that still live under the brash, swinging blade of time.

Wikipedia:Karla Bonoff (born December 27, 1951) is an American singer-songwriter, primarily known for her songwriting.

As a songwriter, Bonoff’s songs have been interpreted by other artists such as “Home” by Bonnie Raitt, “Tell Me Why” by Wynonna Judd, and “Isn’t It Always Love” by Lynn Anderson. Linda Ronstadt has recorded a number of her songs, notably three tracks on the 1976 album Hasten Down the Wind – “Someone To Lay Down Beside Me,” “Lose Again,” and “If He’s Ever Near”–which introduced the then-unknown Bonoff to a mass audience.

In her early career, Bonoff sang background vocals for Ronstadt and Wendy Waldman before releasing her debut album in 1977, titled Karla Bonoff (1977). Her other albums include Restless Nights (1979), Wild Heart of the Young (1982), New World (1988), and All My Life (a greatest hits collection) in 1999. Bonoff is best known as a songwriter, but she is also noted for her hit recording of “Personally”, which became a #19 hit on the Billboard Hot 100 as well as #3 on the Adult Contemporary chart in the summer of 1982. She also recorded “Standing Right Next To Me” on the 8 Seconds (1994) soundtrack and “Somebody’s Eyes” for the Footloose (1984) soundtrack .

Bonoff’s first live album was released in September 2007. This double CD includes many of her best-known songs performed live in concert on October 24, 2004 in Santa Barbara, California (except for one song recorded July 30, 2005 in Japan). She is backed by her touring band, which includes the now deceased Kenny Edwards (guitar, bass, mandolin, cello, vocals) and Nina Gerber (guitar) plus long-time associate Scott Babcock (drums and vocals).

She is also a member of the currently inactive group Bryndle, which includes Wendy Waldman and the late Kenny Edwards (Edwards also produced Bonoff’s first three albums). The band has also included Andrew Gold, who left the band in 1996. The group first formed in the late-1960s, but did not release any albums until twenty years later with two studio albums and a live album between 1995 and 2002.

Bonoff continues to tour throughout America and Japan.

Standing by the door

Looking into the storm