A Life’s Devotion to the Way of the Heart: John Martyn 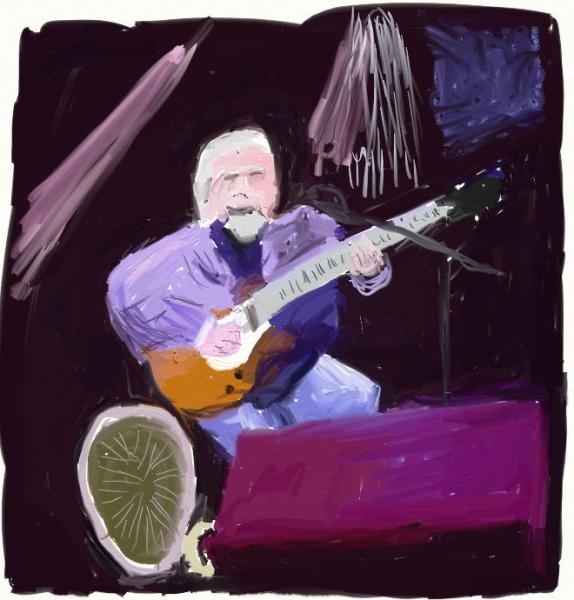 19 Oct A Life’s Devotion to the Way of the Heart: John Martyn

I was riveted to my seat, time had stopped, and I knew I had entered that place that was holy,in the crevice, where timelessness seeped through like an elixir. I knew I would never be the same again.

Everyone has experienced those moments when you haven’t just enjoyed a piece of music, or merely become infatuated with a riff, hook,chord progression,or even a vocal that seared you like white heat.  I’m attempting to sketch a moment here that is something more . . . yes, something much more. You know what I’m talking about . . .

The first time I’d heard the song of John Martyn I must have been traveling in a van through the United States with my dear American Roots band, Manchild in the 1970’s.

I wouldn’t hear Martyn again until after I heard he’d passed away . . . only a brief span of time back  from today. But, you see, it doesn’t matter, does it? Since then, John, you have wooed me time and time again with your heart’s muse  from that Place you were always more comfortable living. That’s why it was so difficult for you to be in the world, wasn’t it?  But you were called to it, like a storm we are compelled to follow, Yes? Yes, I know, too damn well, John. Your song haunts me still in its many moods of color. You wrote so many of them and gave your exquisite mark of love to those you didn’t  pen yourself (like the classic “Somewhere Over the Rainbow”). Yet, each one,was a bright strand of something larger, a web of light and blood that I can only say now was, One Song.  Please accept this tribute now from a comrade who still rides upon the hard road of time, but lives there no longer.

Wikipedia:John Martyn, (1948 – 2009), born Iain David McGeachy, was a [Scottish] singer-songwriter and guitarist. Over a forty-year career he released twenty studio albums, working with artists such as Eric Clapton and David Gilmour. He has been described by The Times as “an electrifying guitarist and singer whose music blurred the boundaries between folk, jazz, rock and blues”.

Thom Jurek wrote of  the artist soon after he passed:

“Americans know Martyn — if at all — for one track and perhaps one album: Solid Air, written for his friend, the late Nick Drake. He was one of the TRUE giants. He may not have had the massive success he was due, but a quick survey of his fans on the other side of the Atlantic — and to be fair, a relative few here in America — usually place his name alongside those of Dylan, Morrison, and Lennon because his work was on that level. Martyn recorded more than 20 studio albums, and issued countless live dates. Some are better than others to be sure, and he was known to be erratic on stage and off. But he once said of his behavior: ‘If I could control myself more, I think the music would be much less interesting. . . ”

. . .Control wasn’t the issue with Martyn . . . when it came to the music itself, he sought only the truth of the song. His method of compositions and especially of performance was one of direct transmission, from inspiration in the heart, that translated to words and music and went straight back there. His songs were always raw, hardcore autobiography and emotional honesty, and the ones he covered he performed that way. Martyn’s world was the song, and he was its arbiter, its transmitter; he did everything he could to make the person disappear and have the song stand in his stead. His career was always a shambles but he didn’t give a damn about it.”