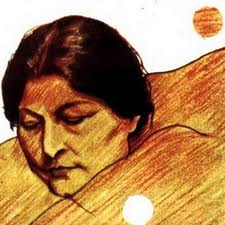 “She didn’t have any type of barrier or any type of fear that limited her”, said Fabian Matus, the surviving son of his mother, Mercedes Sosa. To her native Argentinians, Sosa was a symbol of freedom from dictatorship—or for that matter—any government that would impose restraints on an individual’s right to free choice, as long as that choice does not hinder or try to confiscate the freedom of another.

Love must be—first and foremost—a free act in order to be genuine.  A soul must  free itself to love freely, not constrained by force to love. Love and force cannot coexist, although love is the greatest force. Yet, love will gradually take over the heart that embraces its destiny.

Americans have yet to live under the constraints of a hard, military dictatorship as in Argentina and other countries. That day may come. But dictatorships—even of the soft variety—are still what  they are: Thieves of individual freedom. Being trained to hold out one’s hand for something to eat rather than taught how to find, cook, and eat the food one has gained for themselves, is a lesson in weakness and soullessness.  It is a course that leads toward the self’s perception of itself as a victim rather than to genuine self-empowerment.

Mahatma Gandhi knew this and that is why he taught ” untouchables” —those caught at the lowest end of a centuries-old caste system—how to spin and weave, not to stand on the side of the road with a beggar’s bowl. Centuries before Gandhi, Siddartha Gautama  (the Buddha) transcended caste by conveying to all his teaching of spiritual freedom for all from maya (the illusion of the world) through through Self-awareness, emotional stability in the face of changing circumstance, and detachment from outcomes.

The Buddha also taught spiritual love (as Jesus and other great teachers and awakeners have.) One aspect of spiritual love is compassion for the suffering of others. However, compassion for others cannot be institutionalized or politicized. It can only emerge in each soul and freely explored as a soul matures. Compassion can only be internalized and personalized by the individual soul—after many lifetimes— when one begins to see themselves  not as separate from others, but as unified with all human life.

The song I have chosen below is a testament to the individual soul who has been given the freedom to love . . . by Life.

“Gracias a La Vida” or “Thanks to Life”  was written by the great Chilean  singer-songwriter, Violeta Parra (1917-1967). Notice in each verse of the lyric how the poet’s moves from the microcosmic to the macrocosmic, from naturehood to personhood, from the individual to the world, then back—full circle— to the intimacy of lover and beloved.

Gracias a La Vida (“Thanks to Life”)

Thanks to life . . .It has given me all.
It gave me two beams of light, that when opened,
Can perfectly distinguish black from white
And in the sky above, her starry backdrop,
And from within the multitude
The one that I love.

Thanks to life . . . It has given me all.
It gave me an ear that, in all of its width
Records— night and day—crickets and canaries,
Hammers and turbines and bricks and storms,
And the tender voice of my beloved.

Thanks to life . . . It has given me all.
It gave me sound and the alphabet.
With them the words that I think and declare:
“Mother,” “Friend,” “Brother” and the light shining.
The route of the soul from which comes love.

Thanks to life . . . It has given me all.
It gave me the ability to walk with my tired feet.
With them I have traversed cities and puddles
Valleys and deserts, mountains and plains.
And your house, your street and your patio.

Thanks to life . . . It has given me all.
It gave me a heart, that causes my frame to shudder,
When I see the fruit of the human brain,
When I see good so far from bad,
When I see within the clarity of your eyes.

Thanks to life . . . It has given me all.
It gave me laughter and it gave me longing.
With them I distinguish happiness and pain—
The two materials from which my songs are formed,
And your song, as well, which is the same song.
And everyone’s song, which is my very song.

Haydée Mercedes Sosa (1935-2009), known as La Negra (literally: The Black One), was an Argentine singer who was popular throughout South America and some countries outside the continent. With her roots in Argentine folk music, Sosa became one of the preeminent exponents of nueva canción. She gave voice to songs written by both Brazilians and Cubans.

Sosa spearheaded the so-called “nueva canción” movement, which heralded the emergence of freedom music across Argentina and Chile during the ’60s. The movement was crippled in 1973 . . .which ousted populist elected Chilean President Salvador Allende; with her repertoire of songs championing the human right to freedom. Sosa was viewed as a serious threat by the military regime which assumed power, and in 1975 she was arrested during a live performance which also resulted in the incarceration of many audience members. Death threats forced her to leave Argentina in 1979, and she remained in exile for three years, finally returning with a triumphant comeback performance in February 1982.

Sosa performed in venues such as the Lincoln Center in New York City, the Théâtre Mogador in Paris and the Sistine Chapel in Vatican City, as well as sell-out shows in New York’s Carnegie Hall and the Roman Coliseum during her final decade of life. Her career spanned four decades and she has been the recipient of several Grammy awards and nominations, including three nominations which will be decided posthumously. She served as an ambassador for UNICEF.

Her album Cantora 1 won two awards at the Latin Grammy Awards of 2009. She won Best Folk Album and was nominated for Album of the Year.